Fare Well, Part One, The Past, which opens in the Scottish Highlands and closes above the Forth Rail Bridge, takes inspiration from what we’ve been able to do and not do during 2020: the funerals and weddings cancelled and our collective griefs and despairs. Jackie writes about the way that the air carries music, chants, hymns and the virus; but, despite the trauma of the months gone by, we can and must still hope:  hope for the future, hope for a new year and hope for each other.

been a warning cross. Dinny come too near. “

Fare Well, Part Two, The Present, turns to look at us today and to give thanks for the many acts of community and kindness displayed by so many across the country. Jackie reflects on the goodness of the human spirit and our  sense of togetherness that has emerged in 2020.

Part Two includes images of “WE” in the skies above Edinburgh – a message from Scotland of universality and commonality – with “WE” translated into many languages including French, Gaelic, Arabic, Greek, Korean, Mandarin and Thai.

“And folk sing the wurld over

The final instalment of Fare Well sends a message of hope for 2021!

After Parts One and Two of Fare Well, Part Three, The Future, looks to 2021 with optimism. Taking inspiration from a poem by Robert Burns (Sketch New Year’s Day), Jackie echoes Burns’ question about the night of Hogmanay and asks what did ‘yesternight deliver’ and like Burns, finds that there is hope and that it is found in nature: we need only look up at the skies and we find hope. 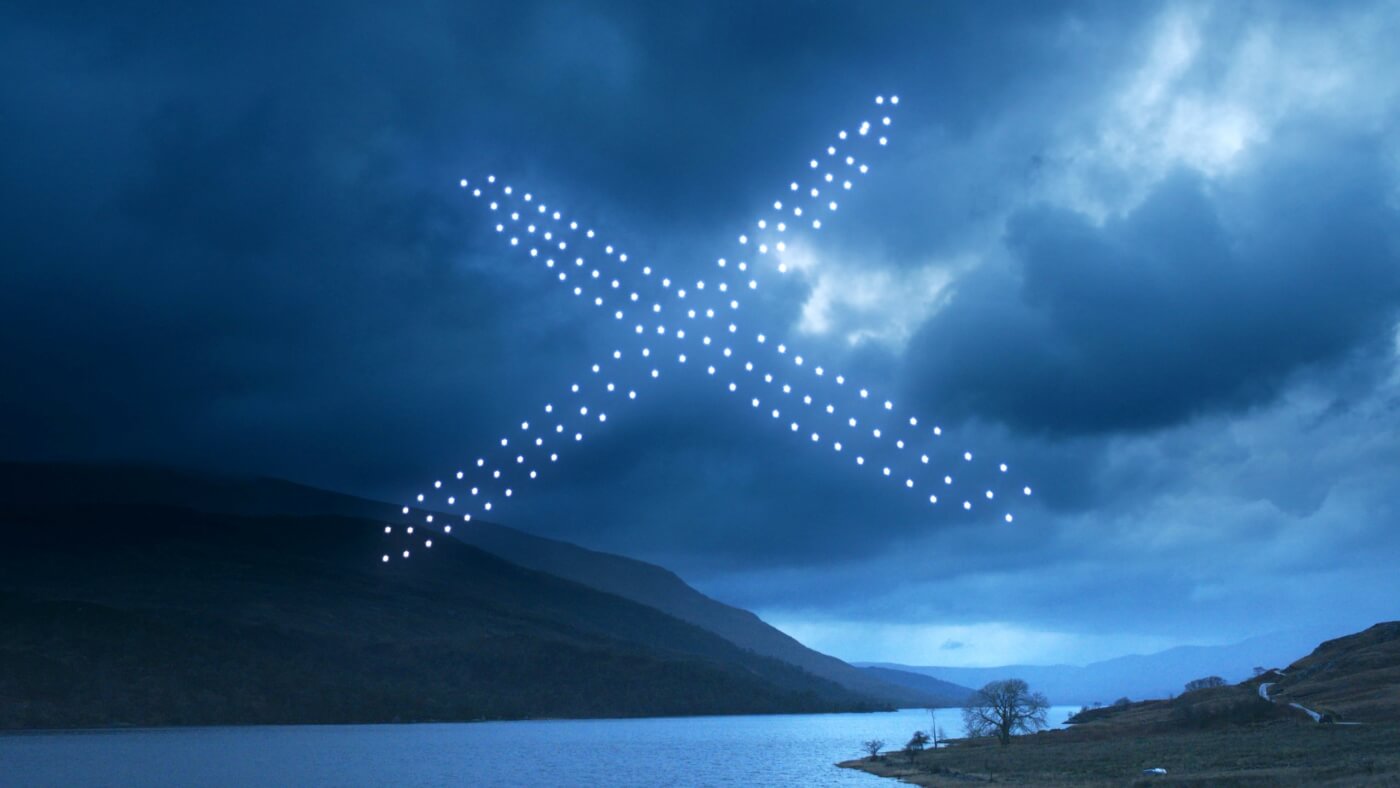 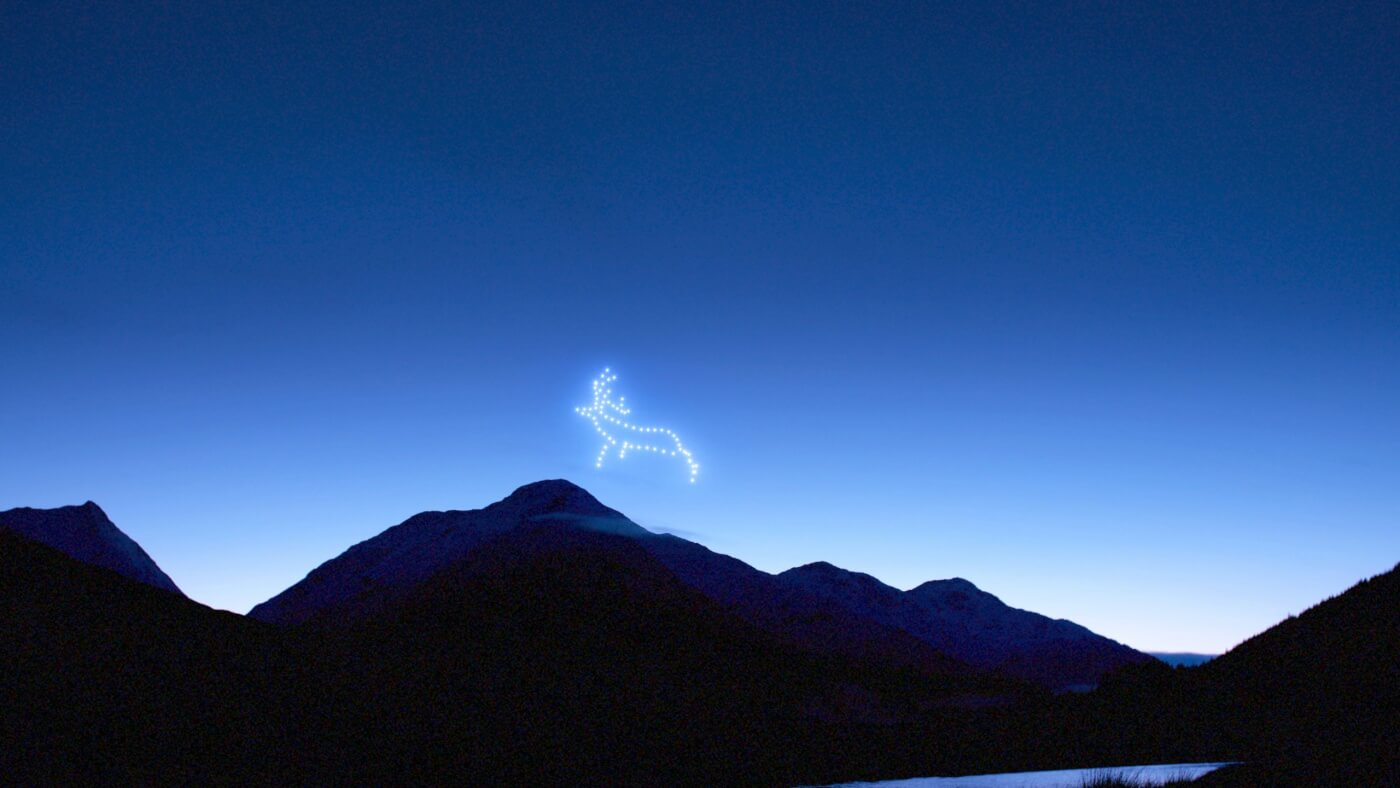 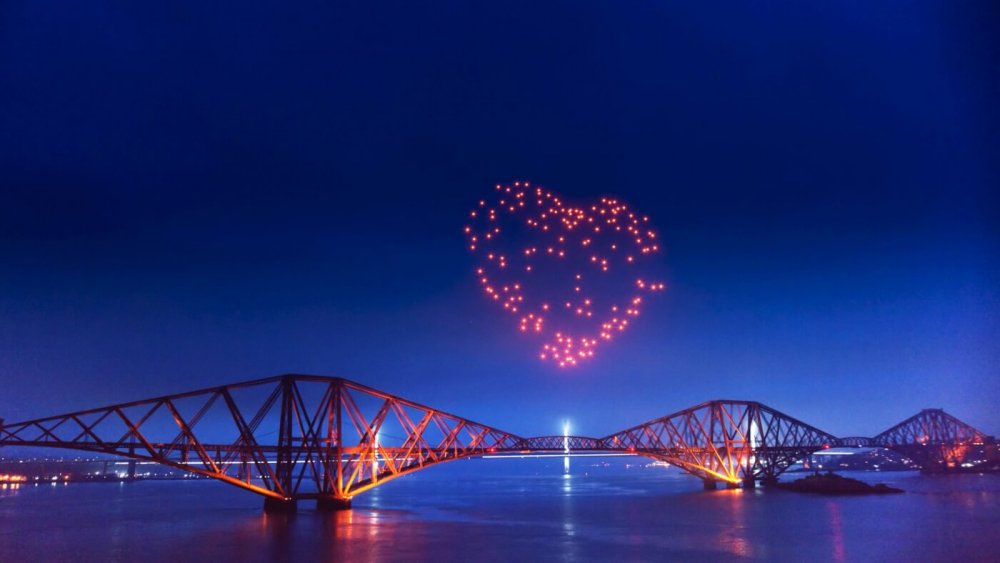 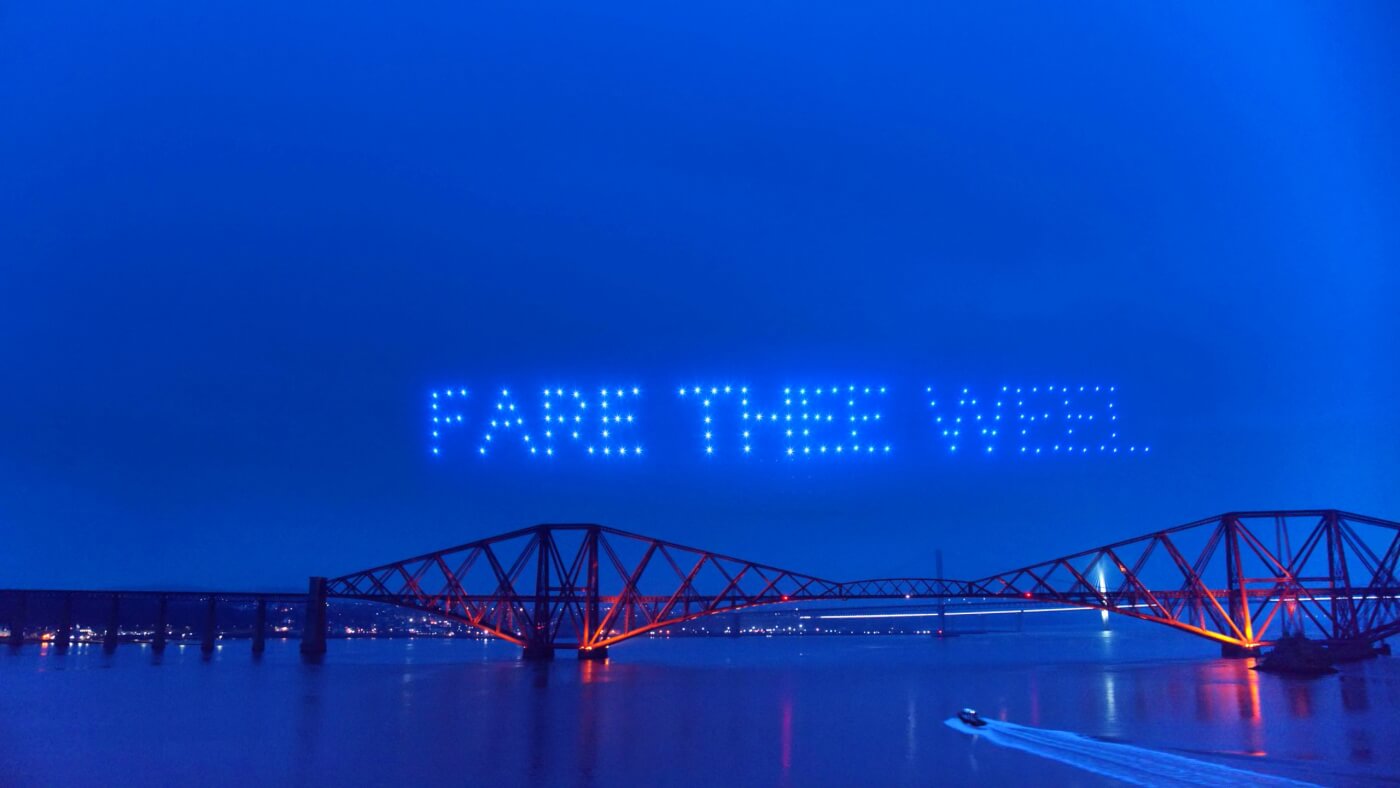 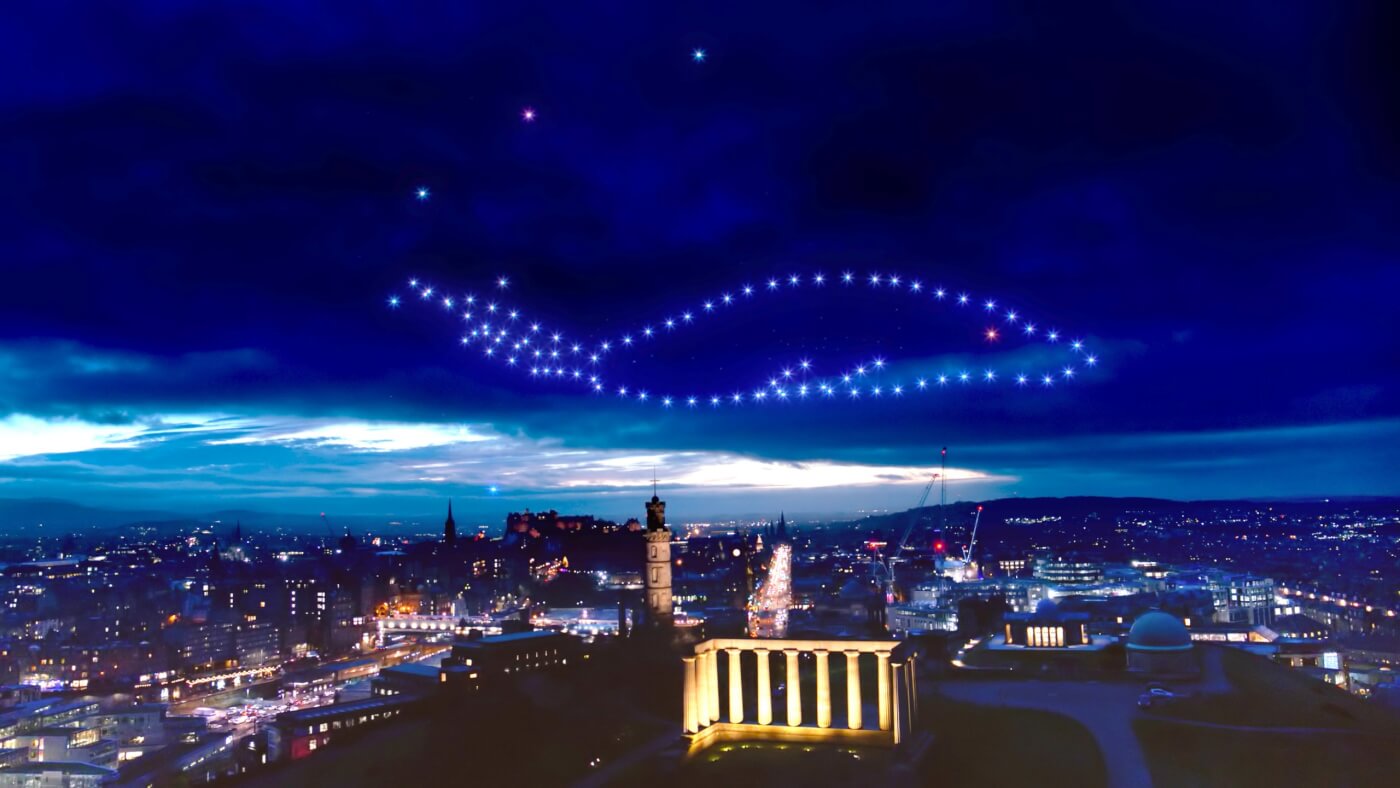 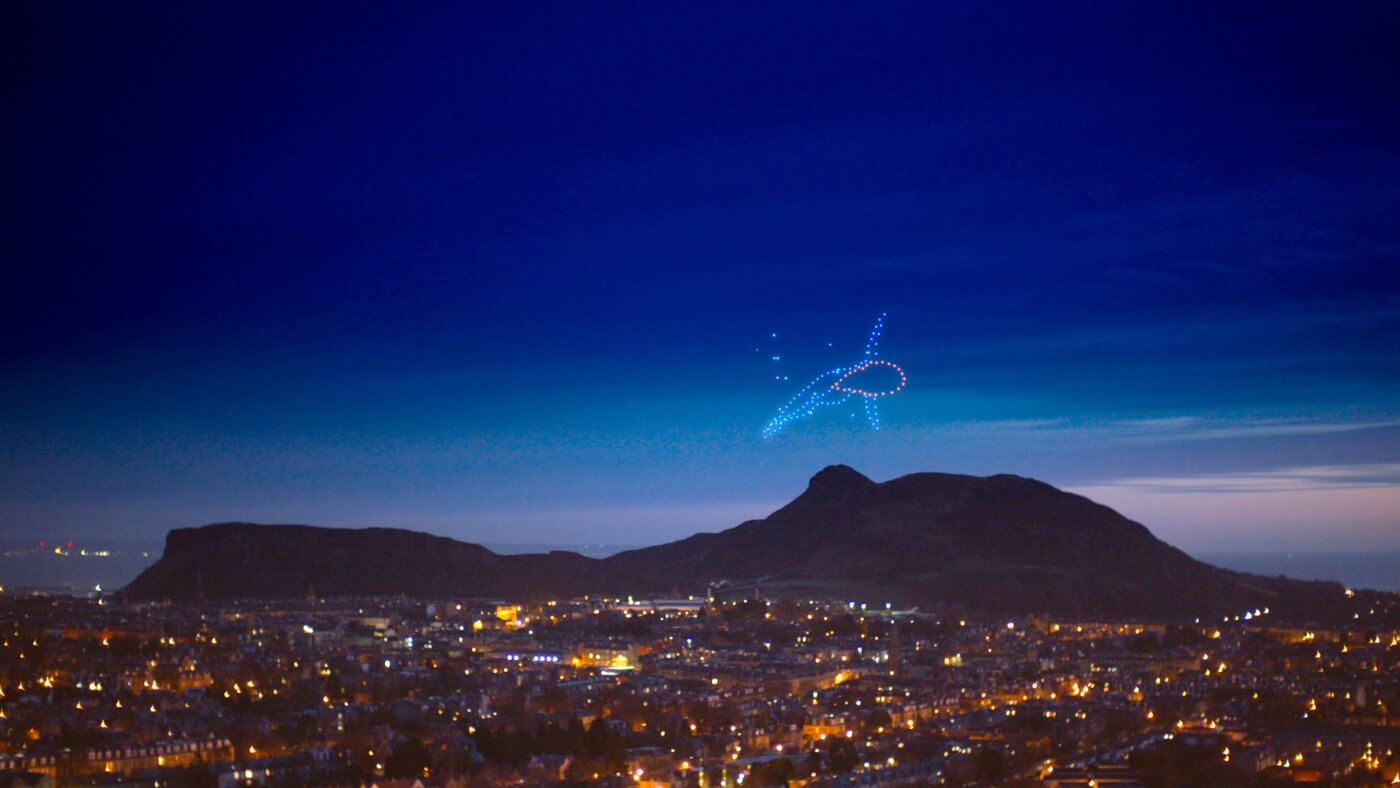 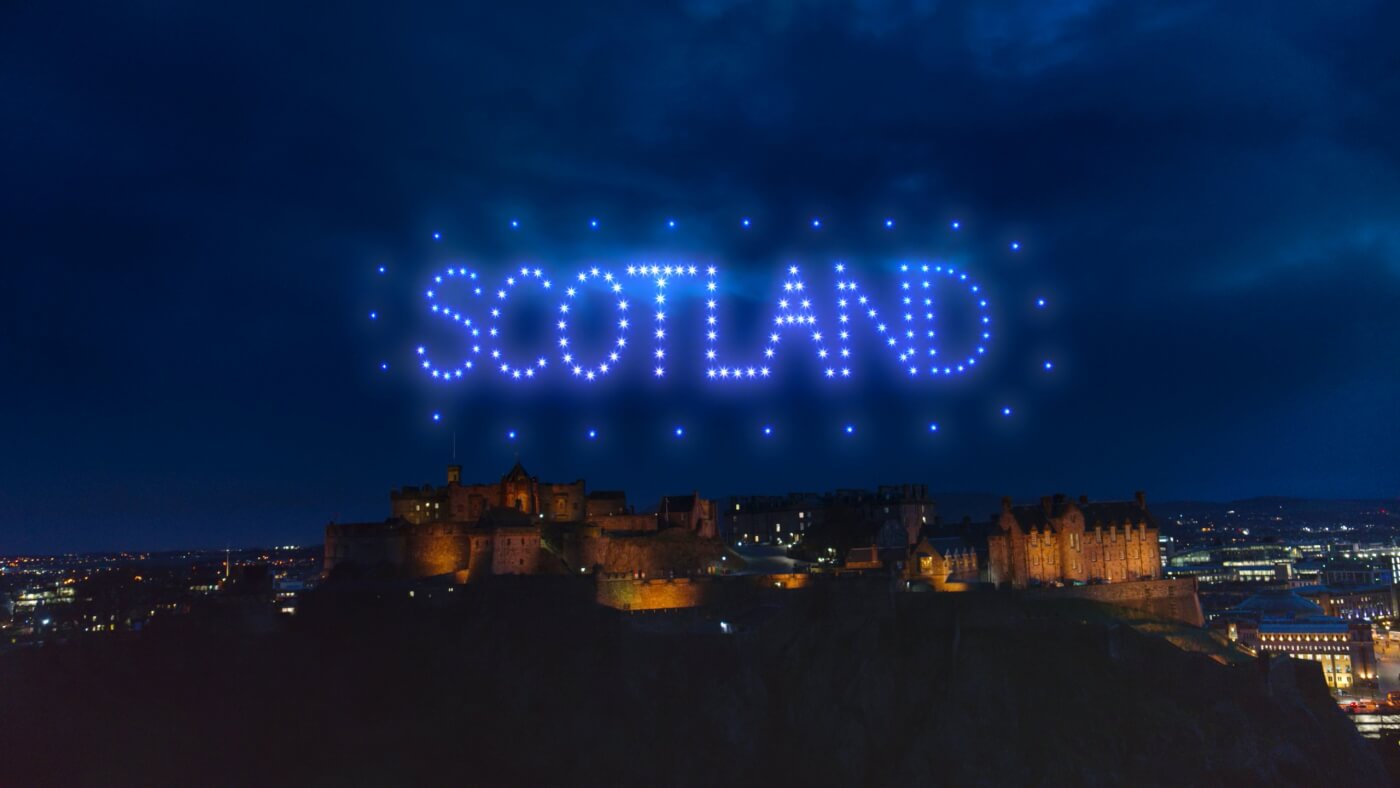 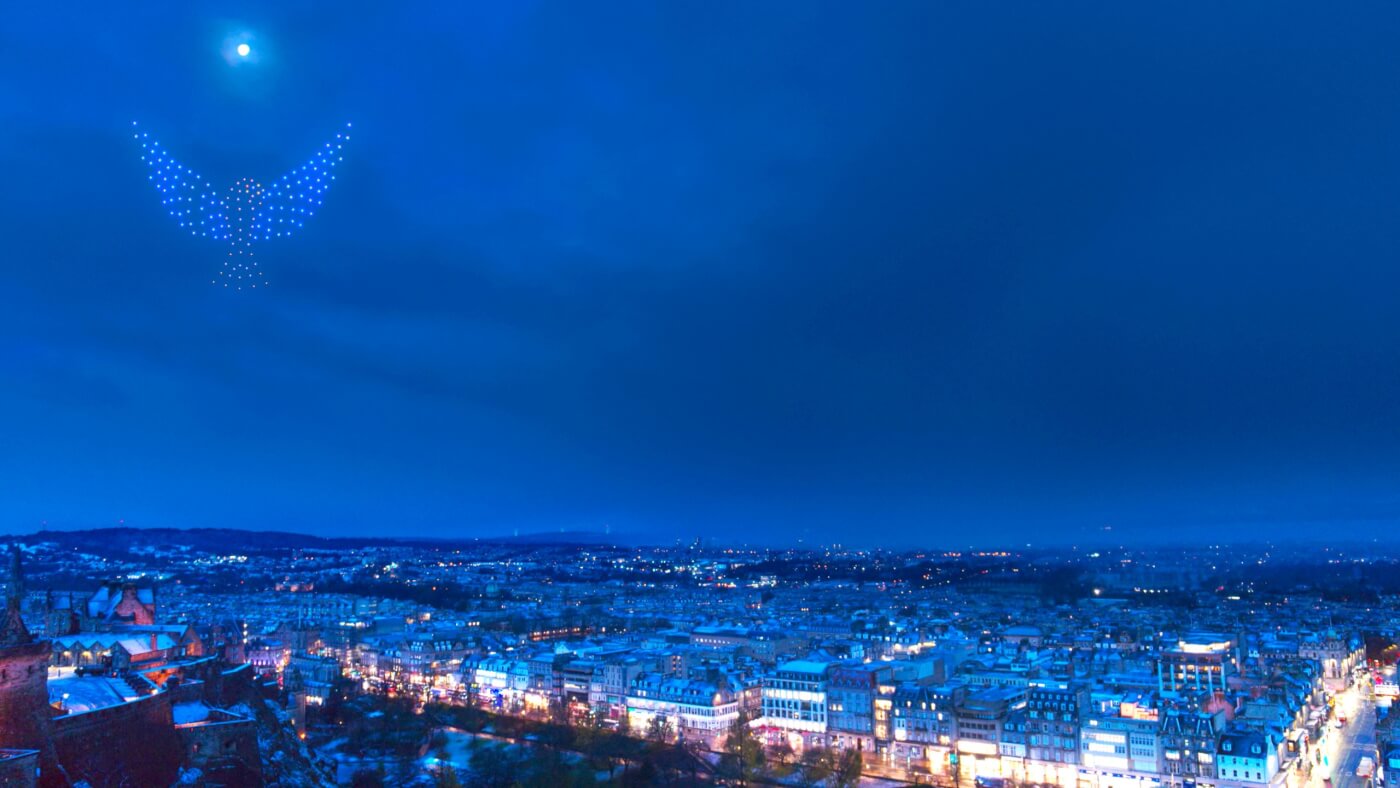 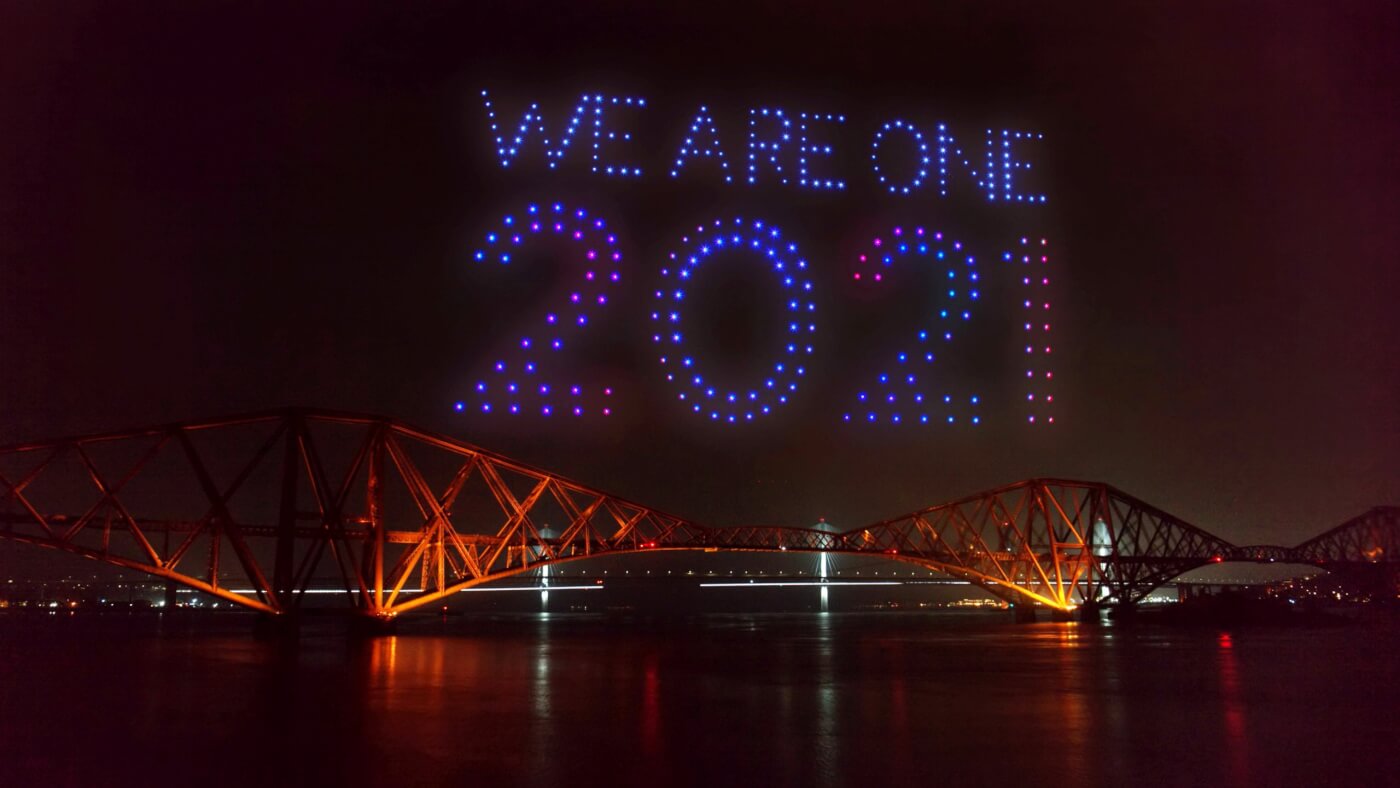